The Code of Samsara project is the embodiment of our dream and many years of hard work, the search for truth, and the systematization of knowledge that has been verified by millennia of experience. Thanks to modern information technologies and the Internet, we were able to digitize, publish, and make financially accessible the sacred knowledge that had previously been available to only a select few initiates.

We are deeply convinced that by following the recommendations that you receive as a result of deciphering the Code of Samsara, you will be able to change your fate, as well as the fate of your loved ones, for the better. You will be able to lay a solid foundation for your Soul’s subsequent incarnations and learn how to prepare for the transition to the Higher Worlds!

With our entire HEART and SOUL, we wish you a pleasant and enjoyable experience while studying and contemplating your Code of Samsara! 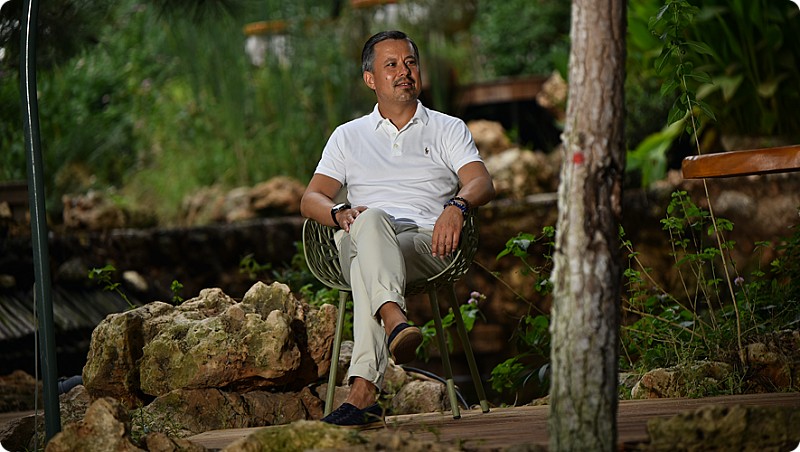 Sam is the founder, investor, and main inspirer of the unique Code of Samsara project.

The Code of Samsara project combines the knowledge and experience that Sara has brought with her from past incarnations and was able to find in this one, which allows her to share this wisdom with many others. Sara has always dreamed of helping others find their own path to success, to cope with their problems, and to correct their mistakes.

Her dreams came true when fate brought her to Sam, who became Sara's business partner and the primary investor of the project.

Together, they were able to realize their plan and create the "Code of Samsara" – a unique and innovative project. Their partners and consultants are the legendary American astro-numerologist Robert Lee Camp and the famous regressologist Inna Kuzmenko.

“Our mission is to make the knowledge and teaching found in ancient books available to all people. Help them get out of Samsara and the Matrix, and to take their fate into their own hands,” says Sara.

She began getting involved in esotericism from the age of ten. In her home library, Sara found a book on astrology, which she avidly read from cover to cover several times over. Later, astrology was replaced by the numerological principles of Pythagoras, as well as fortune-telling using playing cards and Tarot cards.

“I remember how I first solved the Magic Square, and someone told me that if you do this, prophetic dreams will start appearing to you. Then I started having dreams of events that later came true. I always knew that there was some kind of Higher Power that helps me and guides me towards the true Path,” she says.

In past incarnations, Sara was a man and therefore could not get used to a female body for quite a long time. As a child, she felt like a boy and played only with ‘the guys’. Her favorite form of entertainment then taking "flights into space”, where she believed answers to all questions lie.

She inherited her abilities from her clan. Her great-great-grandmother was also a healer who saved the inhabitants of all nearby villages with herbs and incantations.

“I started talking and becoming self-aware very early in life – since I was about one and a half years old. I remember that I didn’t sleep during nap time in kindergarten because I saw visions of a starry sky when I closed my eyes. And when I opened them, the visions didn’t disappear. My dreams were so vivid that sometimes I couldn’t understand where they ended and reality began."

After completing her higher education, Sara continued to study classical Western astrology and numerology. The reliability of karmic numerology and taronumerology shocked her and completely changed her opinion about esotericism. What once seemed like magic has become almost a scientific methodology that reached accuracy rates of ninety-five to one hundred percent.

While studying ancient books on religion, as well as Indian and Slavic philosophy, Sara frequently noticed that the information in all these teachings largely overlapped. It seemed as if a single whole was shattered into pieces and scattered around the world!

“I came into Chinese astrology after the birth of my daughter. The signs in her birth chart frightened me very much, which is why, as any mother would, I began to look for ways to protect my child. BaZi and Feng Shui became a real discovery for me, as their predictions and interpretations of the characteristics of people turned out to be incredibly accurate. I found the answers to all my questions in these teachings,” Sara recalls.

From 2014 to the present day, Sara has been studying BaZi. Her mentors were people who acquired their knowledge directly from Chinese sages, which brought her closer to the primary sources of ancient teachings. In 2017, she graduated from the School of Magic of a powerful psychic, where she gained sacral knowledge.

Pretty soon the gained theoretical knowledge came in handy in practical application. She advised all her relatives and friends in order to help them avoid mistakes in life and guide them towards the right path. As a result, they began to recommend her to others. People noticed that all of Sara's words are always accurate and true.

“It was quite unexpected. I have two university degrees and administrative experience in banking, trade, and private medicine. I was never planning to associate my life with esotericism. But I don’t regret choosing this path in the slightest!

Throughout six years of practice, I have received more words of gratitude than in my entire life. After my consultations, many clients were able to find love, have children, and develop their businesses. At the same time, I can develop as well, as I continue to learn and improve myself."

Currently, Sara is studying Tibetan astrology and medicine, but this is far from the end of the vast amounts of knowledge that exists in the world. Everything that she will derive from her teachings will be integrated into the unique algorithm of the ‘Code of Samsara’ project and help everyone change their lives for the better.

We are always ready to answer questions and suggestions